BlackBerry PlayBook gets Android Apps, Owners Step Back from Ledges 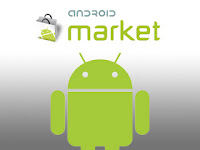 So if you're one of the 16 people who bought a BlackBerry Playbook, you've been eagerly and patiently waiting for a savior in the form of "The Update", BB's much needed software gear-up to BlackBerry Tablet OS 2.0 (stupid name) that is giving us access (limited access) to Android Market, letting Android app developers hock their wares to the BlackBerry faithful (but only if they feel like it). If you are one of the rest of humanity who didn't get a BBPB, than please try not to laugh at our "update" that gave us things you got like 3 years ago and still left us like 2 years worth of catching up.

One of the main problems that stunted the PlayBooks was that BlackBerry App World is barren for apps. Seriously, it was embarrassing, there were maybe 40 apps in that stupid market, and adding insult to injury, they were terrible! Like made by children, and only some were of actual use to people (no freaking email client), while most were those lame pointless goofy apps that no one downloads or, god forbid, spends money on. It's a shame too, cause this little tablet is a freaking powerhouse, video looks amazing, HD games look amazing, it's fast, it's smooth. It's like a gifted child who was neglected and uses it's incredible, unfocused talent to hustle tourists (like Good Will Hunting, the PlayBook is the Matt Damon of tablets). 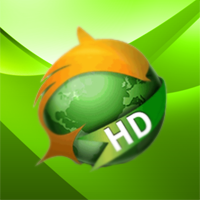 I could go on and on about how this tablet is gimpy and primitive and tethered and under-developed and a late bloomer and a bunch of other anthropomorphic rhetoric, but it's a happy day, the PlayBook's finally going to school, and with a little luck, it will one day grow up to be a mediocre Android tablet. The interface is well done, no crap adapting the Android and BlackBerry Tablet OS control schemes. In fact, I think it might be an improvement to both OSs. You get the simple grace of BBTOS and the graceful simplicity of Android. Good stuff. A few gems are popping up too. For example, Dolphin Browser has been ported over, which is my browser of choice on my Galaxy S. Before, there were no alternative browsers, just BlackBerry's generic web surfer, which was unfortunate because with so few useful apps you spent most of your time using bookmarks anyway. What's great on the PlayBook is Dolphin's gesture controls, which are a welcome contrast to BB Browser's super tiny buttons you have to Five-Finger Exploding Heart technique to get it to register (honestly the Tab close buttons DO NOT need to be that small). Picasa has also got an app, they had one before but you had to pay, and I would say "LOL screw you" to that BB developer, but like most BB developers he's already been screwed by BB (burn!). 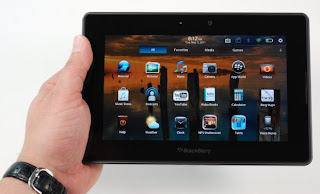 Of course, this is RIM, a company that prides itself on having delusions of grandeur, so it's not smooth sailing yet. The Android apps trickle in slowly with no indications that they are any different from the BB apps, so you can't instantly tell the difference between a brand new QNX butt-nugget or an awesome kid-tested, mother-approved Android classic. Also, most apps seem to just be straight rips of phone apps, looking a little fugly on a tablet (but that might just be how it is, cause making apps for proper Android Tablets was never that big, shame too, so much wasted space in these apps). They also feel a bit rickety, like they'll force close at any moment.

All in all, this is a good step for the beleaguered RIM, as soon as they realize it's not 2003 anymore and BlackBerry is no longer the titan of free enterprise communication, the sooner they can stop beating up Chinese flight attendants and get back on track to making tight, gourmet electronics. Virtually everything the BlackBerry brought us years ago can be done now by any other smartphone, and usually faster, better made, cheaper, and open not just BlackBerry users. No one's impressed with your private email server anymore, guys, and BlackBerry Messenger is no longer seen as impressive new form of instant communication, so slick that both Presidents and terrorists a like were using it to plan bombings, but now BBM's a restrictive, out-dated form of communication that every freaking tablet/smartphone can do better and for FREE! If you don't shape up RIM, you're gonna have a breakdown and wind up making feature phones in Indonesia (which considering how big Indonesia is and how popular BB is there might not be the worst outcome)

There I go again. All I want to say is, there are still moves for BlackBerry and it's PlayBook to make. The update was much needed and looks pretty good. Let's see what else you got, you crazy canucks. Of course we'll give you a second chance, you're BlackBerry.

May the Great Google bless you with bountiful search results.